Curiosity rover in KSP with working rocker-bogie suspension and differential

It's always a privilege doing what I love for a living. This past two months I've been on Curiosity's next-of-kin at the NASA Jet Propulsion Lab in Pasadena.

On a boring evening, I started to try making a working Curiosity rover in Kerbal Space Program. The main two challenges were the rocker-bogie suspension and its differential. 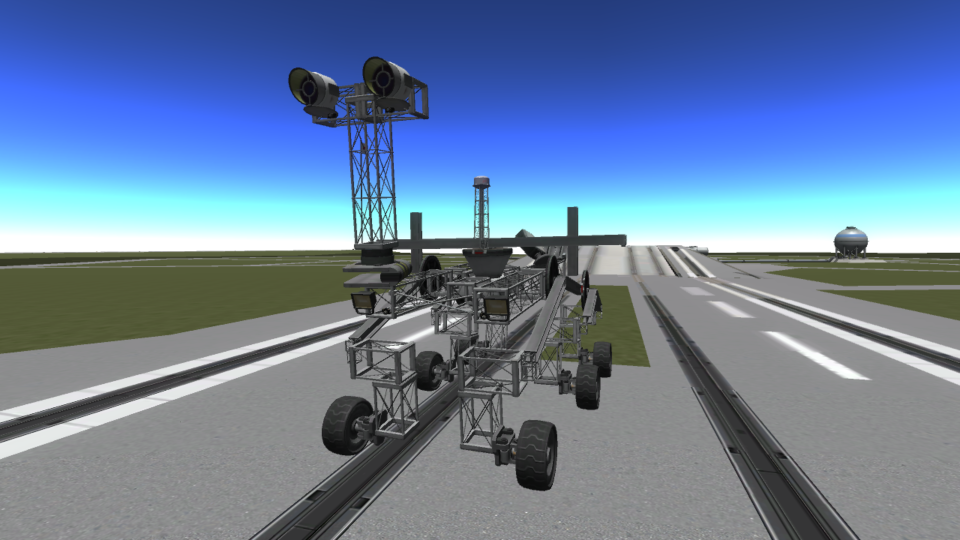 The terrain on Mars is difficult to navigate because of the many rocks, the limited visibility, and the fact that falling into a pothole is simply not an option. NASA's answer to this problem was the rocker-bogie suspension. All four hinges in this system are free (they are not actuated by a servo), and gravity makes sure all the wheels always touch the ground, and the weight of the rover is equally distributed.

The differential bar solves this problem by enforcing that from the point of view of the body of the rover, the left and right rockers have opposite rotations: when the front left wheel goes down, the front right wheel has to go up by the same amount.

A quick kinematic study of the system shows that it is perfectly constrained :

6 constraints are set by the height of the wheels, and the differential sets the 7th constraint!

Now, the KSP craft. I used two mods: Infernal Robotics for the hinges, and The Colliders Strike Back for the differential.

The collision mod is required since by default KSP doesn't allow parts of the same craft to collide. 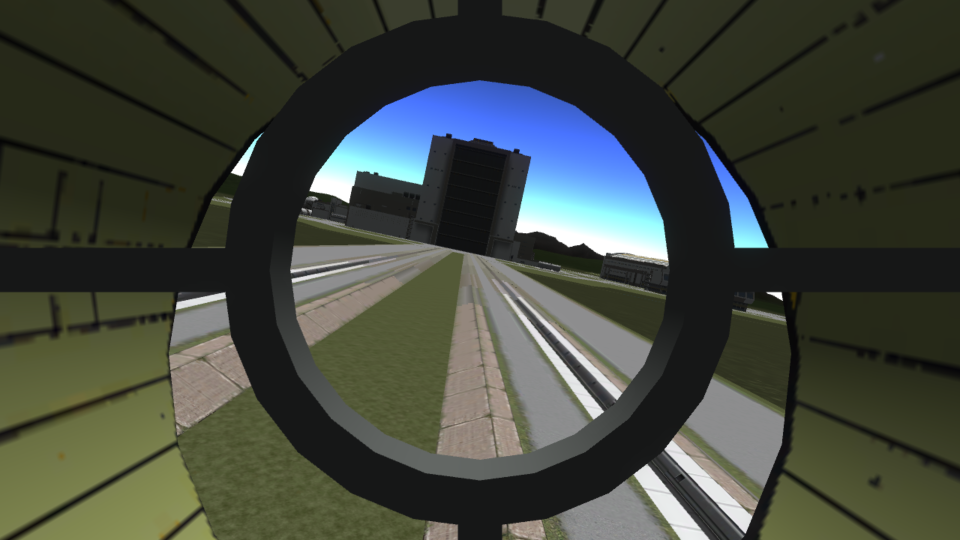 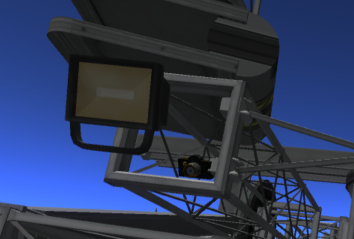 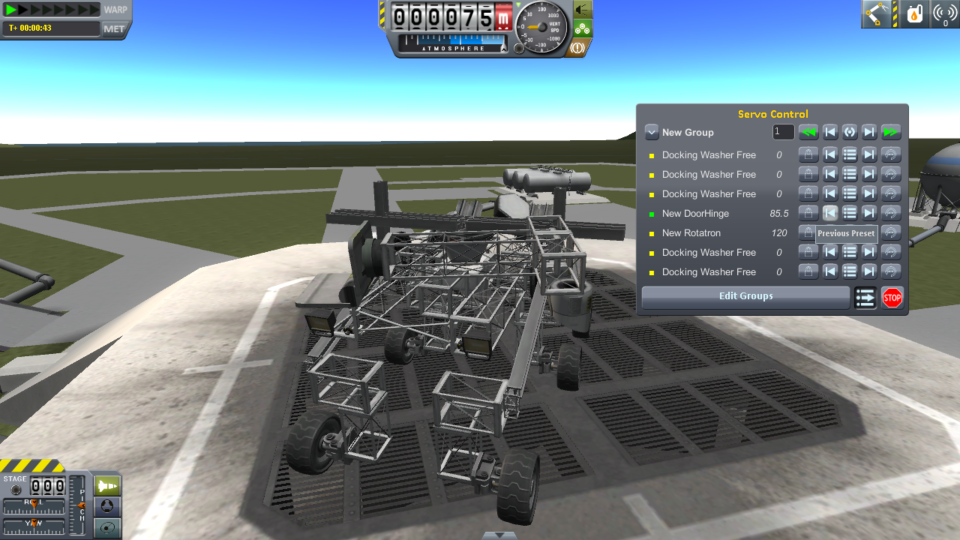 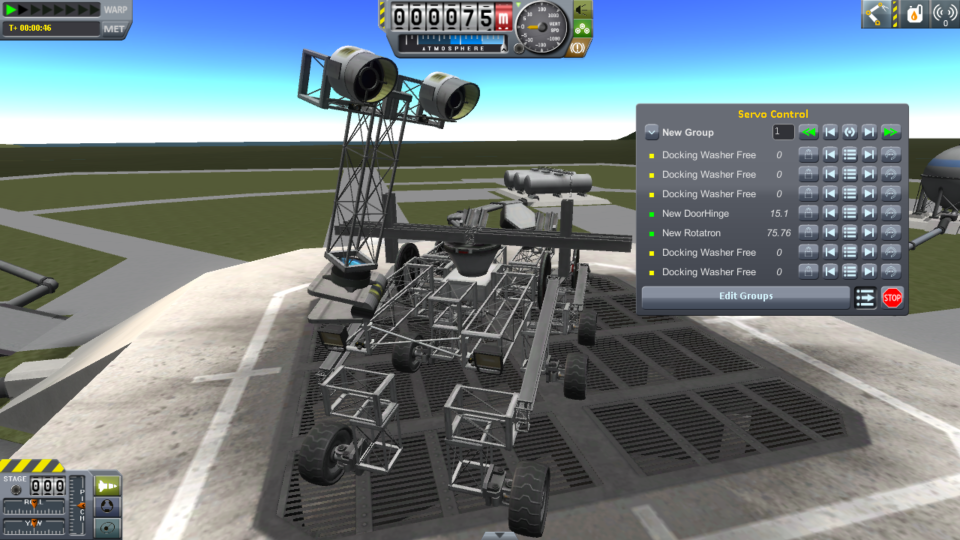 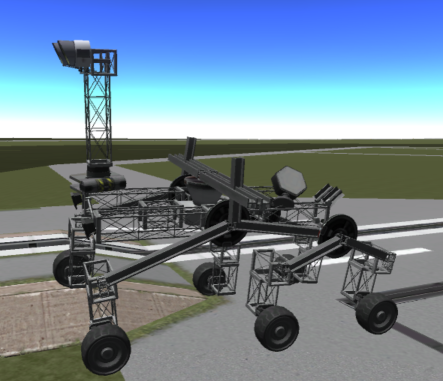